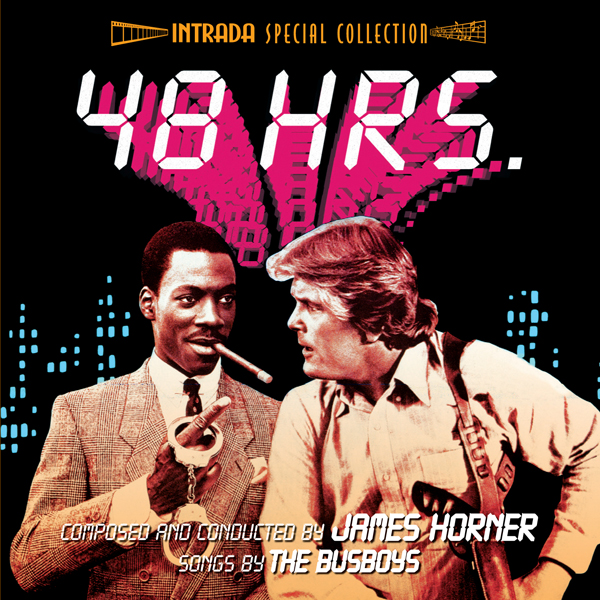 I'm very pleased to have written the liner notes for Intrada's new release of James Horner's pulse-pounding score to the 1982 action comedy 48 Hrs., starring Eddie Murphy and Nick Nolte. It's a fascinating fusion of jazz and orchestral elements, and packs an enormous musical punch that belies its relative brevity. This is the first time this much-sought-after score has been released in any format, making it a double honor to be involved.

Also included on the CD are five rockin' songs from Brian and Kevin O'Neal and The BusBoys. The headliner is "The Boys Are Back In Town," the group's signature hit, but the others are a treat as well. There's also an instrumental called "Torchy's Boogie" from Ira Newborn, which plays under the film's infamous "redneck bar" sequence.

"There's a new sheriff in town..."
Posted by John Takis at 11:06 PM
Email ThisBlogThis!Share to TwitterShare to FacebookShare to Pinterest