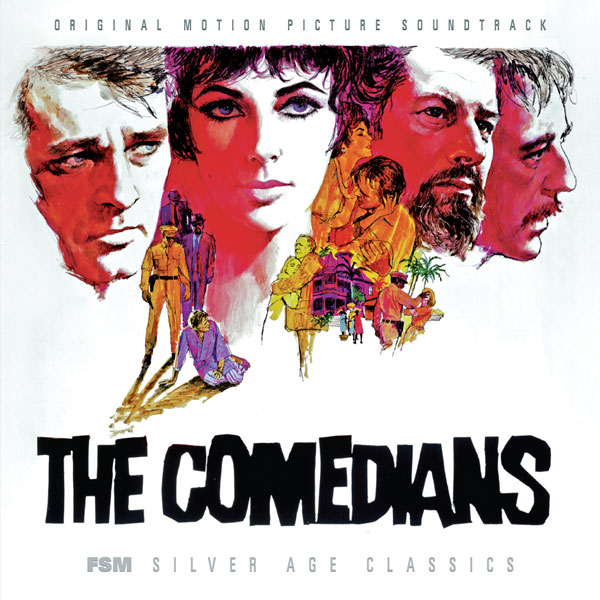 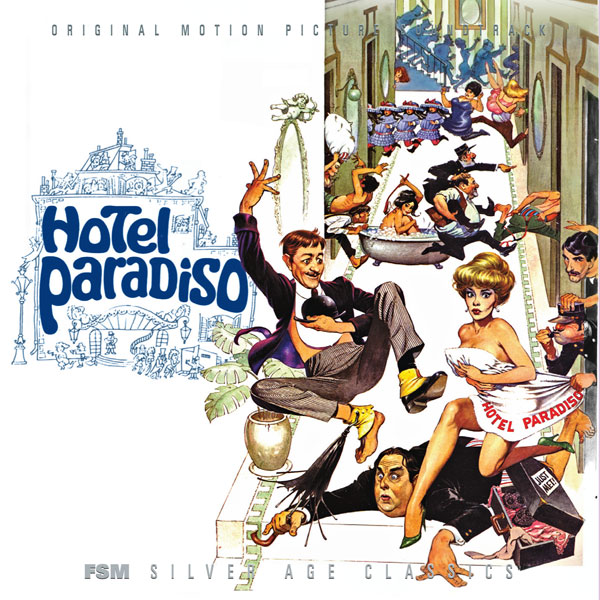 Wow ... time's really flown by these last few months! I'm several weeks late on this announcement, but Film Score Monthly has recently released a 2-CD set containing the original album presentations of Laurence Rosenthal's Hotel Paradiso and The Comedians, as well as the complete score to The Comedians. These two very different projects – one a light, French farce; the other, an intense drama from the mind of Graham Greene – represent the culmination of Rosenthal's big-screen collaboration with director Peter Glenville (they also worked together on many stage productions). The Comedians, in particular, is a revelation, as much of the music was dialed down or removed outright in the finished film.
Listening to these scores now that I finally have the CDs in hand, it always amazes me just how darned smart Maestro Rosenthal's music is – not in a dry, overly intellectual way, but in the ingenuity of its construction. Hotel Paradiso is as perfect a comedy score as you could imagine: stylish and vivacious, brimming over with wonderful tunes. As for The Comedians, it's masterfully written ... the way the harmony undermines the love theme's attempts at resolution, and the way the cheery merengue for Haiti is rendered intensely disturbing by a simple shift in the accompaniment line ... brilliant stuff.
This release is special for me in two respects. First, it represents the culmination of what I've been thinking of as "The Year of Laurence Rosenthal" – a year of liner notes assignments which began with The Miracle Worker, and continued with A Raisin in the Sun, Requiem for a Heavyweight and Clash of the Titans. Maestro Rosenthal is one of the greats, in my opinion, and he's always a joy to interview, telling fascinating stories, and being generous with his time and insights.
Second, this is my first job doing liners for the Film Score Monthly label. I got my start in film music writing doing articles and reviews for FSM more than a decade ago. It was a pleasure and an honor to contribute notes for one of their outstanding CD releases – thanks to Lukas Kendall and Neil S. Bulk for the gig, and to the always amazing Joe Sikoryak for another killer job on the art direction!

Check back in the near future, when I hope to have a link for an extended interview with Maestro Rosenthal. You'll be able to read the full quotes which are only excerpted in the liners, in addition to lots of info on these and other projects that couldn't fit in the notes proper!
Posted by John Takis at 11:05 PM
Email ThisBlogThis!Share to TwitterShare to FacebookShare to Pinterest